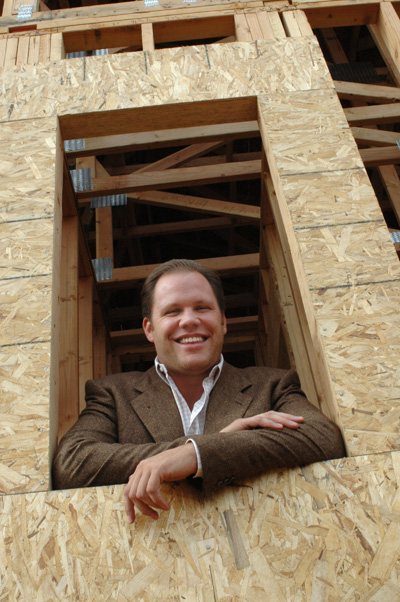 Brent McCaffrey, president of McCaffrey Homes, has been selected as one of Professional Builder magazine’s annual “40 Under 40” award winners, which recognizes rising stars in the home building industry.

This year, more than 200 leaders of the building industry across the nation were nominated for the award.  The “40 Under 40” winners are chosen by the editors of Professional Builder based on career achievement and service to their professions and communities.

Under Brent McCaffrey’s leadership, the company has developed dozens of innovative communities and neighborhoods.  McCaffrey Homes’ upcoming 1,600-acre master planned community, Tesoro Viejo, was honored with the 2016 Outstanding Planning Award in Innovation in Green Community Planning, presented by the American Planning Association’s California Central section.
“I look forward each year to the selection process of the 40 Under 40 honorees,” said Denise Dersin, editorial director of Professional Builder.  “The program’s winners are incredibly inspiring; they are among the most accomplished young home building industry leaders in the nation, and many have achieved a great deal in their communities as well as in their businesses.”
“On behalf of the entire team at McCaffrey Homes, I’m honored and humbled to accept this award,” said Brent McCaffrey.  “As the third generation of a family who has devoted their lives to building homes and communities in Fresno and Madera Counties, this recognition by Professional Builder is especially rewarding.”
A graduate from the University of Southern California with a degree in Urban Planning and Development, McCaffrey’s success in business was preceded by excellence on the collegiate football field, where he earned the John Dye Memorial Award as the Most Valuable Offensive Lineman.
McCaffrey also gives back to the community in numerous ways and serves as a leader in industry and professional organizations.  As chairman of the board of the Building Industry Association (BIA) of Fresno and Madera Counties, he has expanded membership and instituted BIA community leadership forums to facilitate discussions between industry experts and the public to work together to build better communities.  In 2014, he co-founded the McCaffrey Knowlton Scholarship in City Planning at California State University, Fresno to help future planners create sustainable communities.

Reported in The Business Journal  HERE

Reported in The Fresno Bee HERE