Over the past decade, Jerry and Sally Esteban have purchased three new McCaffrey homes – and their story had some surprises along the way.  In 2011, they bought their first McCaffrey home in Fresno on the recommendation of Jerry’s brother, who had purchased a McCaffrey home himself a few months earlier.  They were so happy with the quality of the home that when they decided to move to Clovis five years later, they chose to go with a McCaffrey home in The Gallery neighborhood.

However, as their new home was being built, Jerry was unexpectedly laid off from his job as a mechanical engineer.  “It was a real surprise, and it happened just a few months before closing when we were right in the middle of construction, and so they had the prerogative to cut me off,” said Jerry.  Instead, McCaffrey allowed him the time to find another job and held his home for one month past the date they were supposed to close escrow.

“It was a really big gesture of kindness,” said Jerry.  “I did my best to find a new job and got one a few months later, and we were all so happy.  “I’m so grateful for what McCaffrey did, and l’ll never forget it.”

Now, six years later, Jerry and Sally are getting ready to move to Tesoro Viejo, and into their third beautiful new McCaffrey home in the Ivy neighborhood of the scenic master-planned community.  They’ve been continually impressed not only by the high quality of the construction, but the level of service as well.

“Whenever you talk to people at McCaffrey, it’s so easy to get things done,” said Jerry.  “From working with the mortgage people to getting things fixed even when they’re out of warranty, nothing is ever a hassle.  When building one of our houses, we wanted an option that wasn’t listed, and they were very accommodating – they consulted their construction crew and were able to work it out.”

Jerry and Sally have passed along the word about their experience with McCaffrey, and now one of Sally’s co-workers is talking to McCaffrey about a home as well.

“We love how all our McCaffrey homes have looked, the quality of the structure, and how homey they feel,” they said.  “We’re excited to move into our newest McCaffrey home in Tesoro Viejo which is a great community and will be a good investment as well.”

If you’re interested in seeing the latest McCaffrey homes and neighborhoods available, you can start your journey here. 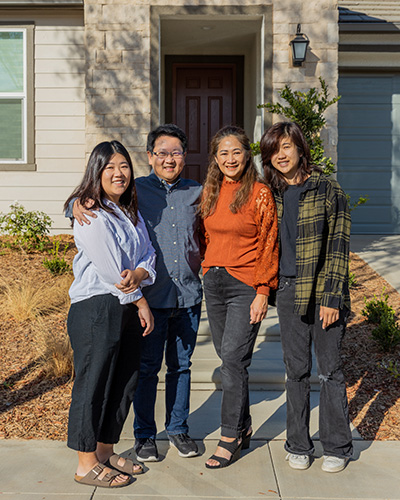