Tell us about your background.

I was born and raised in Fresno, went to Bullard High School, and have lived here my entire life except for the four years when I went away to college.  My grandparents on both sides came to America through Ellis Island.  My grandfather on my mom’s side didn’t know how to drive and got around Fresno by bicycle. The first of the month, he would get on his bike with his cash and go out to pay his bills. Both of my parents were first generation Americans.  My mom was born and raised in Fresno and my dad grew up in the Corcoran area.

How did your family get started in the homebuilding business?

My dad, John Bonadelle, grew up working on a dairy farm near Corcoran.  His father died when he was 17 and his mother passed away when he was in his 20s, and he didn’t have a college education.  He moved to Fresno and began working in construction. At the time, a lot of homes were being built for veterans returning home from World War II.  He pooled his assets together with other homebuilders, and they would buy acres of land and subdivide it.  He started Bonadelle Homes on his own in the 1950s through his own hard work and smarts. He met my mom because she was working on his escrows at Home Title Company.

What made you decide to go into homebuilding yourself?

From the time I was young, I felt that I wanted to be a homebuilder like my dad.  My parents raised my sister and I to be strong, independent women and to believe that we could accomplish whatever we wanted and that the sky was the limit.  When we were young, we would spend Saturdays with our dad.  He would lead us on ponies through the fields where he was going to build homes. He’d share his vision as he’d walk along, showing us where families would be living and where children would someday be walking to school.  His passion for it always made it so exciting, and I just knew this is what I wanted to do. My sister, my brother, and I all worked in the family business growing up.

How were you and your siblings involved in the family business when you were young?

My brother started sweeping out houses from the time he was about 7 years old.  When my sister and I were about 8 years old, our first job was date stamping invoices received.  When we got older, we answered phones, then worked in different departments and learned about different protocols.  I went to City Hall with my dad whenever he had a public hearing for the approval of the entitlements to build houses, and he’d tell me to sit in the back and take notes.  Then after in the car, we’d review the notes and he’d tell me what to change, ask me what I thought, and he kept me constantly engaged.

When did you start McCaffrey Homes?

I met my husband Bob in college. When we moved back to Fresno, my dad sat Bob and I down and shared his vision of homebuilding to see if we wanted to pursue this.  That was in 1975.  Bob was intrigued, and we’ve been working together ever since.  When our son and daughter graduated from college, they joined us in the business along our son-in-law and daughter-in-law.  We’re now in our 3rd generation of homebuilding.

Tell us about the development of Tesoro Viejo.

We planned the community for 14 years before we broke ground and traveled to six states looking at various communities to glean from the best.  11 years before breaking ground, we planted 10,000 trees on the property for an onsite tree nursery. The mature trees in the parks and at the clubhouse are all from the nursery, and every home there gets a mature tree.  We built the K-8 school at Tesoro Viejo before we had anyone living there, and we’re now in design for a second K-12 school.  The outdoor amphitheater has community events year-round, and the 14 miles of trails in Tesoro Viejo are used by the residents, track teams, and cycling clubs.  It’s really gratifying to be part of a development that has such a wonderful sense of community.

What advice would you give to young women starting out in their careers? 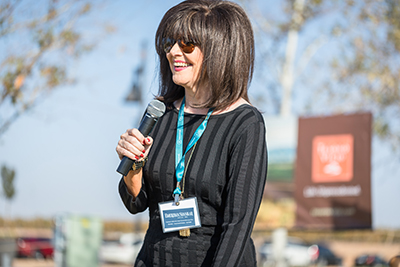 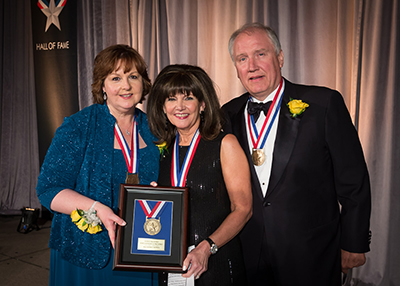 Induction into the California Homebuilding Foundation Hall of Fame