McCaffrey Returns to Its Madera Roots

McCaffrey Homes' rich history of land development and homebuilding goes back for three generations, beginning in the 1950s in Madera County.  Central Valley native and homebuilder John Bonadelle owned a large ranch near the new Madera Ranchos subdivision, and was intrigued by the beauty and wide-open spaces of Madera County.  Bonadelle walked the land, took in the amazing views, and envisioned a new community taking shape.  Hearing that smaller acre parcels were hard to come by, he decided to break his own ranch down into one, three, and five acre-parcels that were affordable to middle class families.  He gave his family name to this new community that he was so proud of, and thus the Bonadelle Ranchos - one of Madera County's iconic developments – came to life.

Bonadelle shared his love of homebuilding with his three children from the time they were small.  They grew up surrounded by the homebuilding business, and their childhoods were filled with grand openings of new neighborhoods, visiting sales offices on Sundays to monitor the weekend sales traffic, and touring model homes while on vacation.  By the time his daughter Karen went away to college, she had worked in various fields and departments for her father and had grown to love the industry.

In the mid-1970s, Karen and her husband, Bob McCaffrey, launched their own homebuilding company, McCaffrey Homes.  They looked again towards the rich landscape of Madera County, ultimately building about 200 homes in the Ranchos.   Days after the 9/11 attacks, Bob and Karen painted their barn, at Highway 41 and Avenue 12 in Madera, like an American flag with stars and stripes as a symbol of patriotism, perseverance, and hope.  Years later, the flag barn continues to inspire love of country and Valley patriotism.

Three generations later, the McCaffrey family continues to shape the future of homebuilding in Madera County.  Today, the McCaffrey homebuilding legacy continues with Bob and Karen's children, Brent and Lauren, and their spouses, Liz and Ash, helping to lead the organization.  McCaffrey Homes is currently building at Riverstone, the new master-planned community in southeast Madera County.  They're crafting the inaugural homes at Riverstone with two new neighborhoods comprised of the Santerra and Ivy collections, which will debut this fall.

McCaffrey will also soon break ground at Tesoro Viejo, their own 1,600-acre master-planned community in Madera County, on a majestic site located at the foot of Little Table Mountain (main image at top of page).  Tesoro Viejo will include a vibrant town center; a business park; 400 acres of beautiful open spaces, parks, and recreational areas; and picturesque villages with housing of all types.

Just as those dreams began in the 1950s in the Bonadelle Ranchos, they carry on today and into the future of Madera County.  McCaffrey is proud that for three generations, they've continued to play a role in Madera's history.  It's always nice to return to your roots. 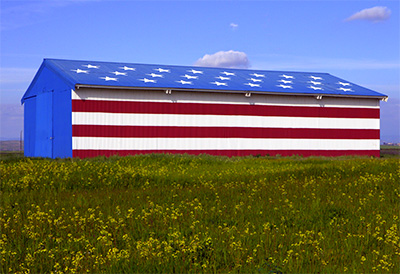 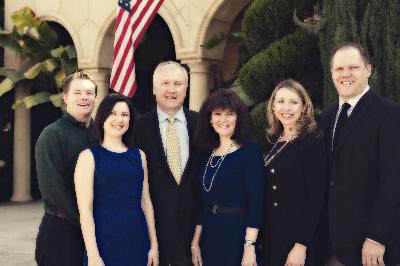 Blog Facebook Instagram Twitter Pinterest YouTube LinkedIn
© Copyright 2023 McCaffrey Homes - 7020 N. Van Ness Blvd. Fresno, CA 93711 · P: (559) 256-7000 · F: (559) 256-7010
McCaffrey Homes Realty Inc., CA BRE License #01222049. All information subject to change. All imagery is representational and does not depict specific building, views or future architectural, community or amenity details. All services, pricing, square footage and bed/bath counts subject to change. Persons do not reflect racial preferences. Not an offer or solicitation to sell real property. Offers to sell real property may only be made and accepted at the sales center for individual McCaffrey Homes communities. Promotional offers are typically limited to specific homes and communities and are subject to terms and conditions. For additional legal disclaimers please read our Privacy Policy or Terms of Use.